The story of the boy’s death stirred the anti-semitism that was already virulent in England at that time. 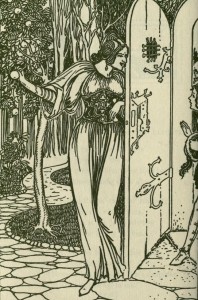 The Ballad of Little Sir Hugh

It rains, it rains in Merry Lincoln
It rains both great and small,
When all the boys come out to play
To play and toss their ball.

The first that came out was a Jew’s daughter
Was dressed all in green;
Come in, come in, my little Sir Hugh
You shall have your ball again.

O no, O no, I dare not a-come
Without my playmates too;
For if my mother should be at the door
She would cause my poor heart to rue.

The first she offer’d him was a fig,
The next a finger thing,
The third a cherry as red as blood
And that enticed him in.

She set him up in a gilty chair,
She gave him sugar sweet.
She laid him out on a dresser board
And stabbed him like a sheep.

And when the school was over,
His mother came out for to call,
With a little rod under her apron
To beat her son withal.

His mother she went to the Jew’s wife’s house
And knocked loud at the ring:
O little Sir Hugh if you are here
Come let your mother in.

My head is heavy I cannot get up,
My grave it is so deep;
Besides a penknife sticks into my heart,
So up I cannot get.

Go home, go home, my mother dear,
And prepare me a winding sheet;
For tomorrow morning before it is day
Your body and mine shall meet.

And lay my prayerbook at my head,
And my grammar at my feet,
That all me schoolfellows as they pass by
May read them for my sake. 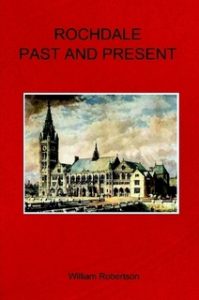