We heard about it first in Ambleside. We were in lodgings half-way up the hill that leads to the serene, forsaken Church of St. Anne. It was there that Faber, fresh from Oxford, had been curate, silently thinking the thoughts that were to send him into the Roman communion, and his young ghost, with the bowed head and the troubled eyes, was one of the friends we had made in the few rainy days of our sojourn. Another was Jock, a magnificent old collie, who accepted homage as his royal due, and would press his great head against the knee of the alien with confident expectation of a caress, lifting in recognition a long, comprehending look of amber eyes. Another friend—though our relations were sometimes strained—was Toby, a piebald pony of piquant disposition. He allowed us to sit in his pony-cart at picturesque spots and read the Lake Poets to him, and to tug him up the hills by his bridle, which he had expert ways of rubbing off, to the joy of passing coach-loads, when our attention was diverted to the landscape. Another was our kindly landlady. She came in with hot tea that Saturday afternoon to cheer up the adventurous member of the party, who had just returned half drowned from a long drive on coachtop for the sake of scenery absolutely blotted out by the downpour. There the “trippers” had sat for hours, huddled under trickling umbrellas, while the conscientious coachman put them off every now and then to clamber down wet banks and gaze at waterfalls, or halted for the due five minutes at a point where nothing was perceptible but the grey slant of the rain to assure them—and the spattered red guidebook confirmed his statement—that this was “the finest view in Westmoreland.” So when our landlady began to tell us of the ancient ceremony which the village was to observe that afternoon, the bedrenched one, hugging the bright dot of a fire, grimly implied that the customs and traditions of this sieve-skied island—in five weeks we had had only two rainless days—were nothing to her; but the tea, that moral beverage which enables the English to bear with their climate, wrought its usual reformation. END_OF_DOCUMENT_TOKEN_TO_BE_REPLACED

END_OF_DOCUMENT_TOKEN_TO_BE_REPLACED 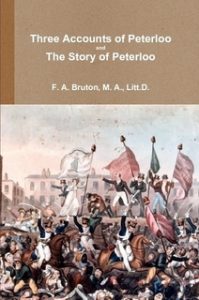