Unknown to all those around him, however, Higgins arrival in Knutsford  had been by a strange route. Having been convicted in Worcester of housebreaking, he had been transported to America to serve a seven year sentence. Shortly after his arrival in Boston though he he broke into the house of a rich merchant and stole enough money to buy himself passage back to England.

By absorbing him into society, the locals unwittingly provided Edward with the opportunity to become familiar with the layout of their homes and the locations of valuables within them. On one occasion, staying at the home of the Egertons at their home in Oulton Park, he took a fancy to a jewelled snuff box. Secreting it in the garden whilst the household slept, the following morning he lead the investigation into the theft, earning much approval even though the snuff box or thief were never found.

His main source of income, however, was procured by slipping out at night with his horses hooves muffled to prowl along the newly turnpiked Chester Road waylaying coaches.

He also used his time “collecting rents” to take his crimes further afield. During a housebreaking in Bristol he made off with £90 in gold coins but during the robbery he murdered the occupant Mrs. Ruscombe and her servant Mary Sweet. On his way back he also stole a large sum in cash from the home of Mr. Wilson in Gloucester.

For the second theft he was arrested at his home shortly after his return but managed to escape from the constable who had allowed him to go upstairs to gather some of his belongings before being taken to jail.

Now on the run from the law he is known to have spent some time in French-Hay near Bristol where once again he insinuated himself into local society. However one of his “rent collections” was to be his last. Travelling to Wales he was apprehended breaking into Lady Maud’s house in West Mead, he was tried at Carmarthen and sentenced to death.

Just days before the sentence was to be carried out a letter of respite was recieved at the office of the Under Sheriff, but after investigation was found to be a forgery. However, news of this reprieve was enough to swell the crowds that gathered on 7th November 1767 who protested that an innocent man was about to be hanged.

On his journey to the scaffold, Edward walked so fast that the guards had to run to keep up. He prayed for five minutes before the gallows and then before sentence was carried out handed a confession to the Under Sheriff, not only for the crime he was sentenced for but also to several others including the murders in Bristol.

Here the story should end but, unknown to the crowd that gathered to watch, Edward Higgins had provided for his family upon his death by selling his body to a London surgeon called Cruikshank for the purposes of education. For this reason the body was whisked away quickly rather than being left hanging for the customary hour. As the autopsy started it was discovered that Higgins was still alive and so it fell to one of Cruikshank’s students to complete the sentence.

Edward’s story would later be fictionalised in “The Squire’s Tale” by Elizabeth Gaskell who came to live in Knutsford not far from the house that he once occupied. 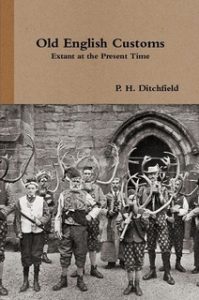