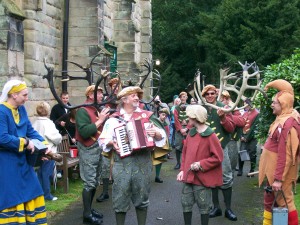 The dance follows a procession around the parish and local farms and pubs of around 10 miles.

At Abbots, or now rather Pagets Bromley, they had also, within memory, a sort of sport, which they celebrated at Christmas (on New-year and Twelft-day) call’d the Hobby-horse dance, from a person that carryed the image of a horse between his legs, made of thin boards, and in his hand a bow and arrow, which passing through a hole in the bow, and stopping upon a shoulder it had in it, he made a snapping noise as he drew it to and fro, keeping time with the music: with this man danced six others, carrying on their shoulders as many Rain deers heads, 3 of them painted white and 3 red, with the Armes of the cheif families (viz. of Paget, Bagot, and Wells) to whom the revenews of the Town chiefly belonged, depicted on the palms of them, with which they danced the Hays and other Country dances.

An earlier reference (1532) to the Hobby-horse dance mentions the horse but not the horn dance although it may be that the revival in 1660 (The practice was discontinued during Cromwell’s reign) when the dance was confined to Wakes Monday merged different rituals into one.

It is thought that the ritual is linked to sympathetic magic rituals dating back to the pagan period. The Kings of Mercia, based at Tamworth, 15 miles away, owned extensive hunting grounds in the area including the Forrest of Bentylee within the parish and the hereditary forester, (the family being named after the woods they cared for,) would have organised rituals to ensure a plentiful catch each year. 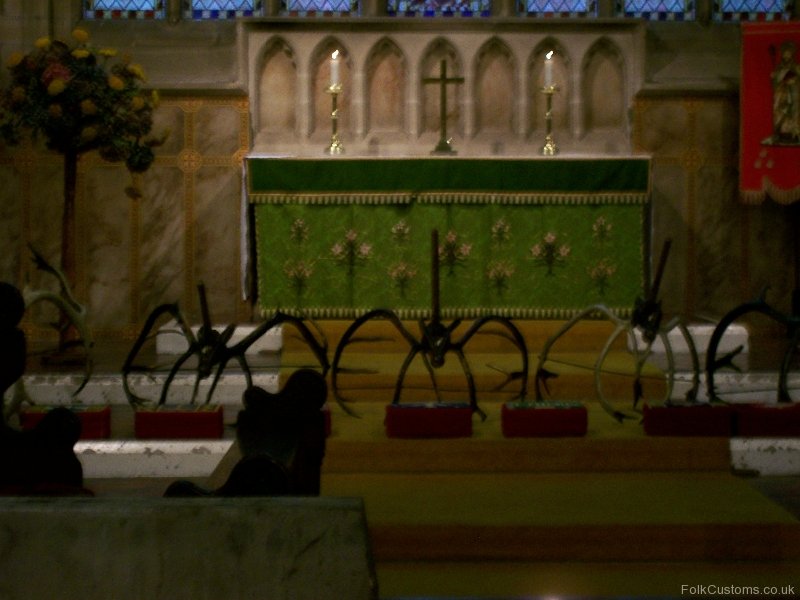 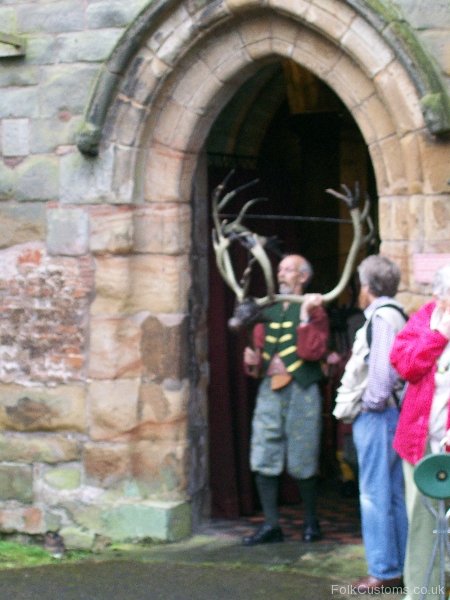 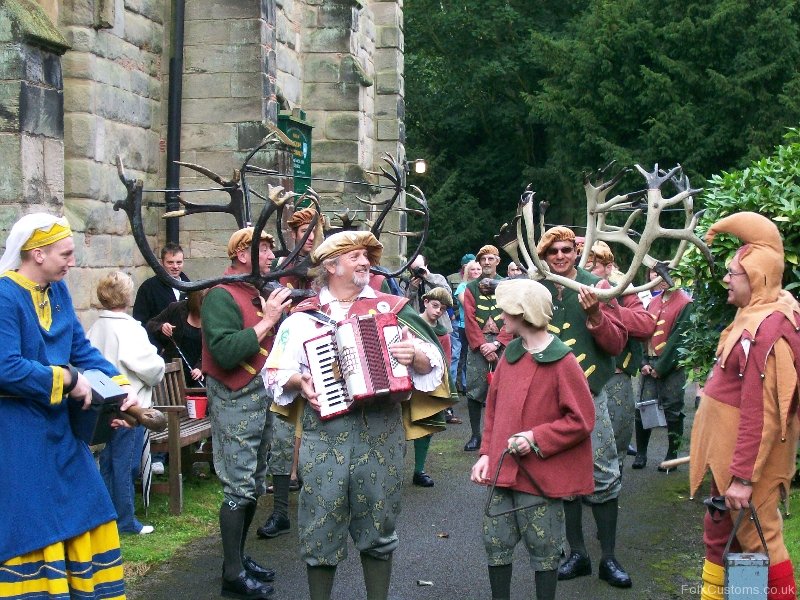 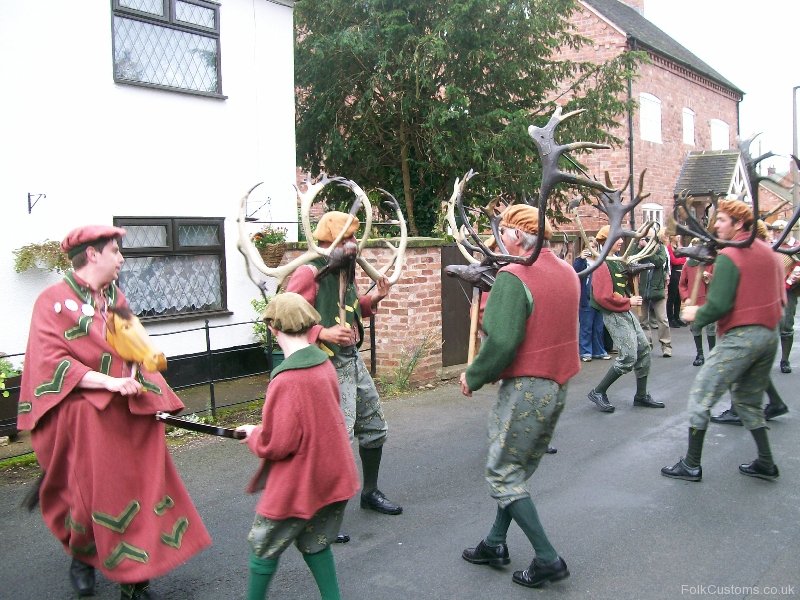 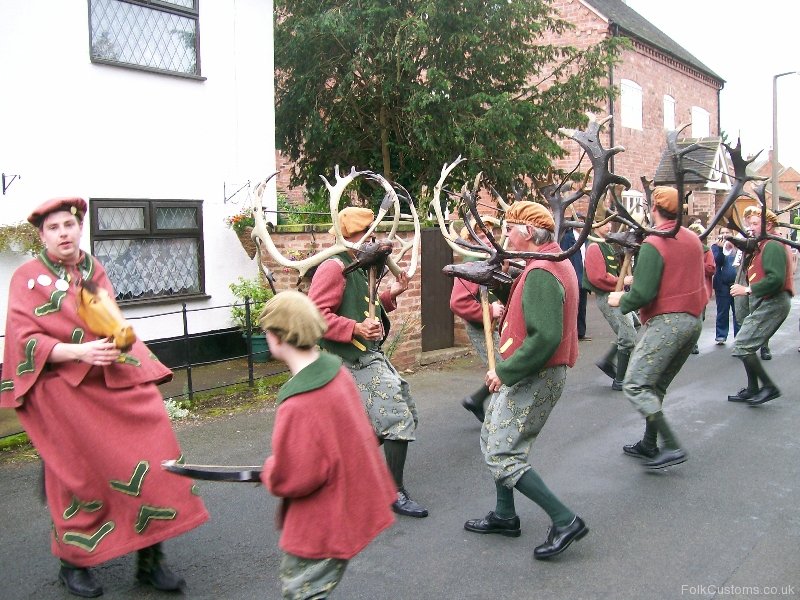 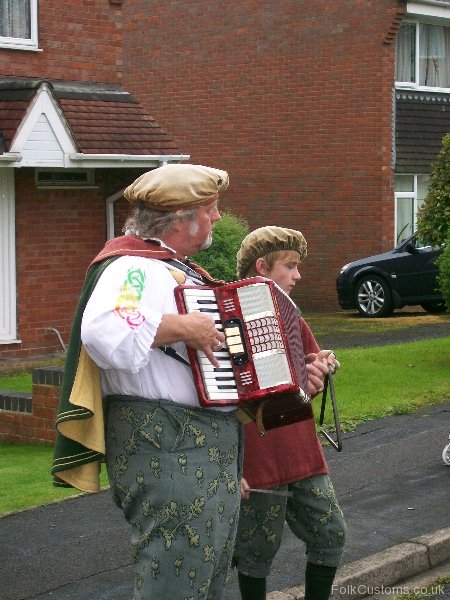 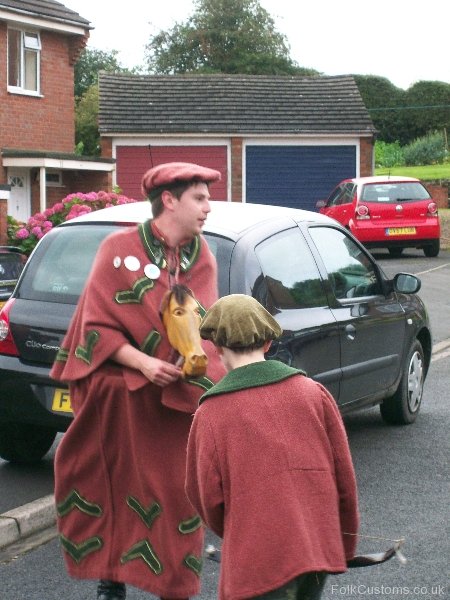 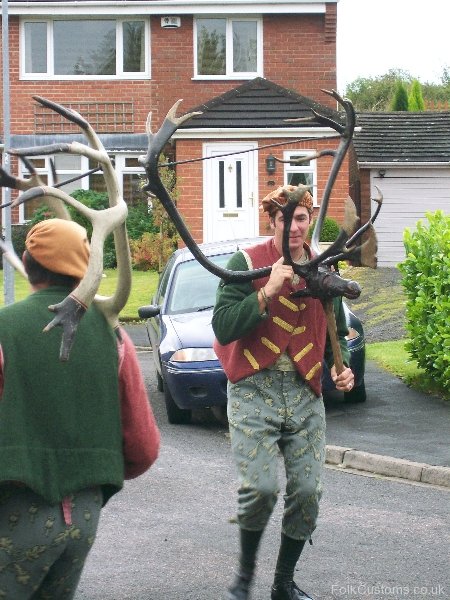 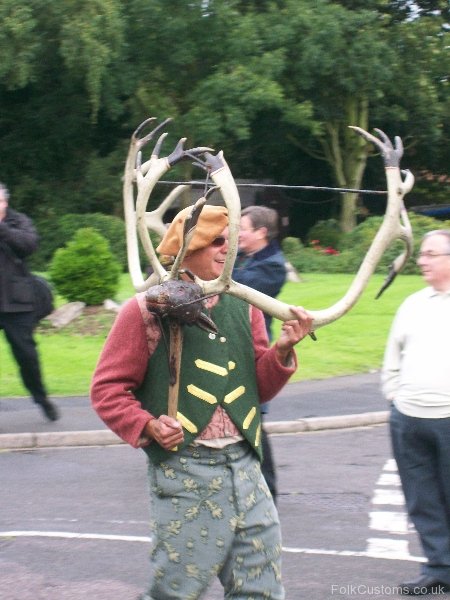 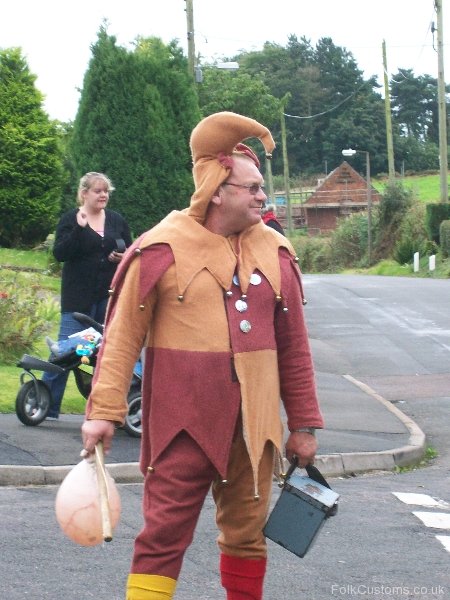 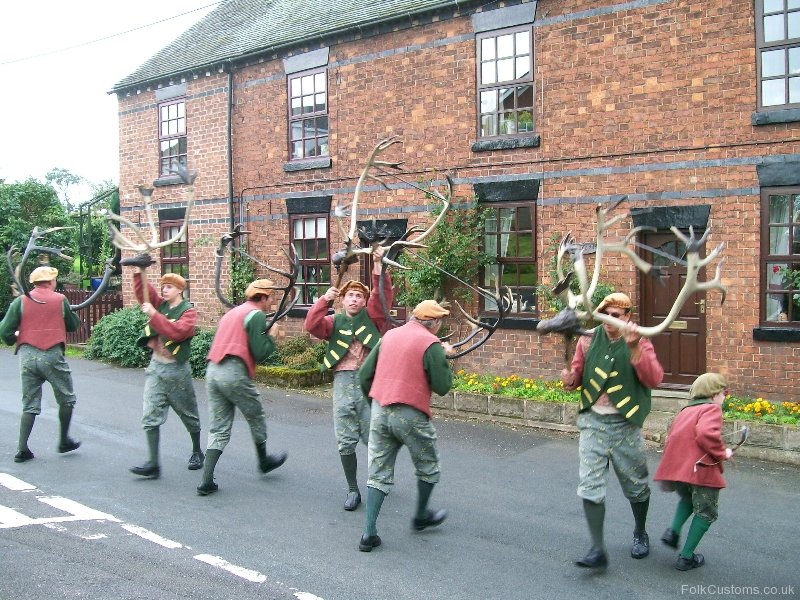 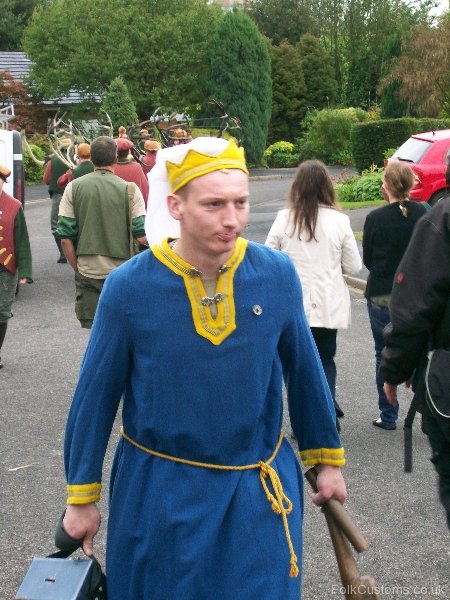 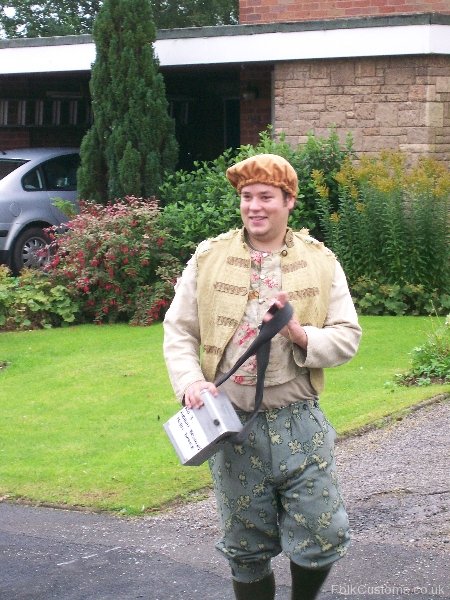 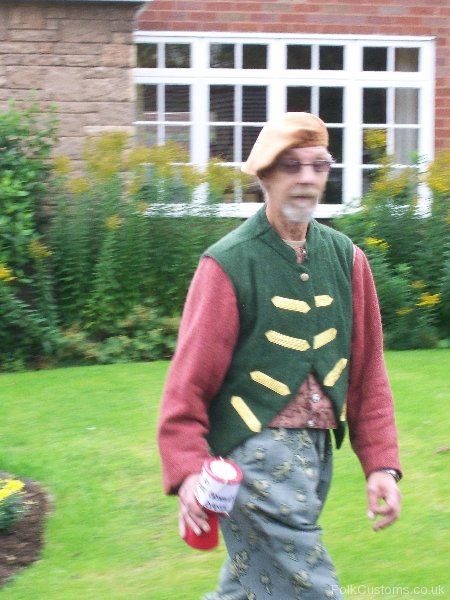 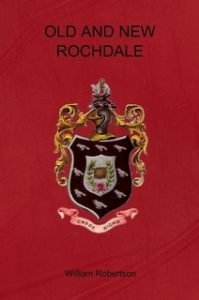