Posted on 2nd February 2012 by Iain Monks Leave a comment 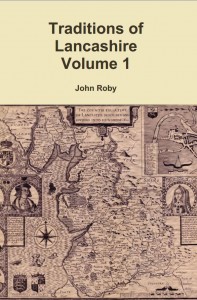 In 79AD the Roman Army established a fort at Mamucium (Manchester) on a sandstone bluff near the confluence of the rivers Medlock and Irwell. Originally built from timber and turf, the defences were later enhanced with a stone gatehouse and a stone facing to the walls. The area is now known as Castlefield.
The Saxons had been invited over to England to aid the Britons against the Picts and Scots after the Legions left this country, and having been victorious against these foes had turned on their allies and taken the lands for themselves.

One of these Saxons, Sir Tarquin, (a treacherous knight of gigantic stature and prestigious strength) set himself up in the castle and laid waste to the lands around it, killing or imprisoning any that challenged him.

This was of course the time of King Arthur, and it fell upon Sir Lancelot to overthrow this usurper.
At the gates of the castle stood a tree festooned with the weapons and armour of the knights that had been captured by Sir Tarquin, below them all hung a copper basin with the inscription –

“Who valueth not his life a whit,
Let him this magic basin hit.”

In anger at the mistreatment of the British knights, Sir Lancelot struck the basin with such force that his lance pierced the basin. Despite the clamour, there was no response from the castle, but as he waited Sir Tarquin came galloping back with a vanquished knight bound hand and foot.

“Villain!” cried Sir Lancelot, “and unworthy the name of a true and loyal knight, how dare you do this insult to an enemy, who, though fallen, is yet thine equal? I will make thee rue this foul despite, and avenge the wrongs of my brethren of the Round Table.”

Twice the two knights rode at each other, and on the second rush, Lancelot’s lance broke, piercing the shoulder of his opponent’s steed and felling it. Sir Tarquin leapt nimbly from its back.

“Now will I show thee the like courtesy; for, by mine honour and the faith of a true knight, I will not slay thee at this foul advantage,” said Sir Lancelot and dismounted so that he could face his foe on foot.

Such was the fury of Sir Tarquin that even Sir Lancelot began to reel. With a massive blow the Saxon knight struck the sword from his hand, shattering it into a thousand fragments.

Despite being unarmed, Sir Lancelot refused to yield and wrestled the giant to the ground, but was unable to disarm him. Remembering the tree, Sir Lancelot jumped up before his foe could recover and snatched a falchion from one of the boughs.

Once again they set upon each other, the fighting fiercer than before until both were forced to pause for breath.“You are the bravest knight I ever encountered,” said Sir Tarquin, “and I would crave your country and your name; for, by the honour of my gods, I will give you your request on one condition, and release my prisoners; for why should two knights of such prowess slay each other in one day?”

“And what is your condition?” inquired Sir Lancelot.

“There lives but one unto whom I may not grant this parley; for him have I sworn to kill,” said Sir Tarquin, “His name is Lancelot of the Lake!”

“Behold him!” was the reply; Sir Lancelot at the same time brandishing his weapon with a shout of defiance.When Sir Tarquin heard this he gnashed his teeth for very rage.

“Now one of us must die,” said he. “You killed my brother Sir Carados at Shrewsbury, and I have sworn to avenge his defeat.”

Yet again the two knights battled both taking grievous wounds. Such was the rigour of the conflict and the rapidity of the blows that both combatants found themselves disarmed and in the confusion each took their opponent’s sword.

With the exchange of weapons, Sir Lancelot found his strength increased by the enchantment of the blade, while at the same time his adversaries vigour began to fade. With this advantage Lancelot slew the giant and cut his head off with his own sword.

Posted in Heroes and Villains, Lancashire 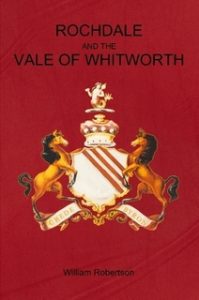