REVIEW – The Fool and his Dancers: Tales of Dark Morris from the Wild Welsh Border by Rob Elliot

Posted on 28th October 2018 by Iain Monks Leave a comment

It is a time of rebellion, Morris Dancing has been brought into submission by Cecil Sharp and has been reduced to a quaint show for those too slow to run away from the sound of approaching bells.

In an area far from the bright centre of the morris universe a small group turn their back on the empire and join the dark side, engaging in a morris style from a forgotten or ignored past.

Along the way the book entertains with amusing anecdotes that occur when you mix bunch of nutters with copious amounts beer and a costume that anonymises and raises them to Rock God status amongst the female of the species.

Rob also brings forth his theories on the origins of morris dancing, the use of black make-up and its connections with ancient spirituality and civilisation.

As someone who grew up on the fringes of Rochdale Morris (who danced Border in the winter on the premise it was a lot warmer wearing rag-tatter jackets rather then the usual morris kit,) and having an interest in folklore and ancient customs, the insights into the evolution of Border and the spiritual aspect of it was particularly interesting, but the anecdotes of the characters on the journey will entertain any reader inside or outside the Morris.

Having bought this book I lost far too many hours sleep whilst reading it.

The Fool and His Dancers is available in paperback and on Kindle from amazon.co.uk 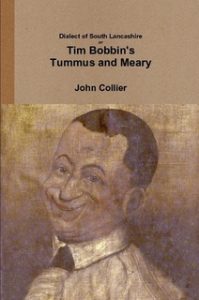