About the same period there was reigning in the Danish islands a noted king named Ragnar Lodbrog. None of their ancient kings is more celebrated in Scandinavian poetry than Ragnar. His queen was a shepherdess, celebrated for beauty and song, whom he found on the Norwegian mountains. Troubles, however, arose, and Ragnar was driven from his kingdom. As was usual in those times, he fitted up a war-ship, and, with a number of followers such as himself, started off to find another home, and establish another kingdom, wherever the fates should lead him. He landed on the coasts of Bernicia, near Bamborough; and before Ella the king could collect his forces to oppose him, he desolated, with the usual ferocity and cruelty of the Danes, the farmsteads and villages in the vicinity.

Still, according to the notions of the times, a grand and noble old Dane was he. But at length Ella came upon his small band with a larger force, and nearly annihilated it. Ragnar, however, had not the fortune to fall in the fight. He was taken prisoner. Ella spared none who had offended him; and his royal prisoner he sent off to his remote inland stronghold at Crake, that he might there wreak his revenge on the invader of Bernicia, and set an example of the vengeance which other northern Vikings might expect if they set foot in Ella’s domains.

The dungeon beneath the old castle at Crake was furnished with snakes, and vipers, and venomous and loathsome reptiles of every kind, for the purpose of torture and death. The entrance was a round hole in its roof. To this the unfortunate Ragnar was brought. He was divested of his clothing, and then, by means of a rope, lowered into the horrible pit: then drawn up again for the gratification of his tormentor, and taunted, and bid to beg for mercy. Instead of which, he cursed the Saxon king, and rejoiced in the assurance that those would come from Denmark who would avenge their kinsman’s cruel death, and slay his oppressor, and that his own greatest gratification, in the great hereafter, would be to drink out of the skull of Ella at the banqueting-tables of Odin in the halls of Valhalla. With these words on his lips, he was lowered again into the place of death. And so died the old Scandinavian heathen warrior and king in the Castle of Crake.

Lodbrog’s death-song, ascribed usually to Austaga, his widowed queen, is among the best and most popular of the Scandinavian sagas, or ancient poetry. Hinga, and Hubba, and Bruen, his three sons, as the old warrior had foreseen, avenged his death. They came with their hordes up the Humber, laid siege to York, and first defeated Ella’s ally, Osbert, and then Ella himself. One account says they took Ella captive, and ordered him to be flayed alive. The complete conquest of the country followed; the sceptre of the whole of Northumbria passed from Saxon to Danish hands.

Ragnar Lothbrok (played by Travis Fimmel) is the protagonist of the History Channel’s historical drama series Vikings that debuted in 2013. 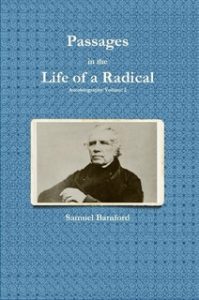